Between July 2010 and August 2014, Bajpai served as the founding director of the Columbia Global Centers | South Asia. Over the last three decades, he has been working at different US universities beginning at the Department of Economics at the Massachusetts Institute of Technology (MIT) in 1992; Harvard University from 1995 to 2002 and since July 2002 at Columbia University. Prior to his arrival at Columbia, Bajpai worked for seven years at Harvard University, most recently at the Kennedy School of Government's Center for International Development, including leading the Harvard India Program and prior to that at the Harvard Institute for International Development. During 1997-2000, he was also associated with MIT's Media Lab Asia as a Senior Fellow.

An economist by training, Bajpai's research interests include sustainable development, ICTs and disruptive technologies, emerging markets, global competitiveness, and macroeconomic policies in developing and developed countries. His work focuses on economic policy reform in India, China, sub-Saharan Africa and the South and East Asian regions. Currently, he is an Associate Editor of the journal Asian Economic Papers, published by MIT Press and is also on the Editorial Board of the journal Economic Change and Restructuring published by Springer.

Bajpai is considered to be a leading development advisor of his generation. For over three decades, he has been studying the challenges of economic development, poverty alleviation, and globalization and advising governments, including working towards combining economic development with environmental sustainability to promote the mitigation of anthropogenic climate change.

Since October 1999, Bajpai has had the high honor and privilege of informally advising three successive Prime Ministers of India, beginning with the Honorable Atal Bihari Vajpayee from 1999-2004; then advising the Honorable Manmohan Singh from 2004-2014 and currently to the Honorable Narendra Modi. Cutting across party lines, this is a unique distinction for Dr. Bajpai. He has also advised numerous cabinet ministers of several governments in India, including the Ministers of Health and Family Welfare, Finance, Commerce and Industry, and Information Technology among others.

Additionally, on a request from the Planning Commission of India, Bajpai led teams of social scientists to undertake policy-oriented research for the Indian states of Andhra Pradesh, Karnataka, Madhya Pradesh, Rajasthan, Tamil Nadu and Uttar Pradesh on "Scaling up Services in Rural India" wherein project teams worked with Rural Communities in India.

Bajpai serves on the advisory Board of the World Economic Development Congress based in New York and is a leading Asia specialist for the Asian Economic Panel and the National Bureau of Asian Research.

He is widely published and is the author or co-author of dozens of scholarly articles on a variety of issues relating to economic reforms in developing countries. He has written extensively on macroeconomic policy and management focusing on fiscal policy, and on the role of trade and foreign direct investment policies on growth and development, ICTs and development, improving service delivery in health and education, and on strategies to attain the SDGs. He co-edited a volume entitled "India in the Era of Economic Reforms" along with Jeffrey Sachs and Ashutosh Varshney published by Oxford University Press. In 2010, he co-authored a volume entitled "Improving Access and Efficiency in Public Health Services" along with Jeffrey Sachs and Ravindra Dholakia published by Sage Publications.

Bajpai is the recipient of several honors and awards. On the eve of India's 59th Republic Day on January 25, 2008, Bajpai was awarded the Padma Shri by the President of India, which is a civilian national honor bestowed by the Government of India. Bajpai is the youngest awardee of the Padma Shri in the field of academia as part of the category of 'Literature and Education' having been bestowed the award at the age of 45.

Bajpai also served as an advisor to Richard Gere on the control and prevention of HIV/AIDS in India. Since January 2015, Bajpai has been advising Ms. Hema Malini, Member of Parliament on the development of her constituency in the State of Uttar Pradesh in India.

How can Smartphones Bring About a Developmental Breakthrough in School Education?

ICT-Driven Development and the 2022-23 Union Budget of India

How Smartphones can Bring About a Developmental Breakthrough in Agriculture

India's Experience with ICT in the Health Sector: Lessons for Sub-Saharan Africa

ICT-Driven Development in India and Africa

Artificial Intelligence and Healthcare in India

COVID-19 and Pathways to Sustainable Development

The COVID-19 Economy: Building a Sustainable Future in the Shadow of a Crisis

ICTs and Public Health in the Context of COVID-19

A New Era of Growth: Reforms to Revitalize the Indian Economy

India and the SDGs

ICT for Education: Lessons from China

The Future of Work in India: Adapting to the Fourth Industrial Revolution

Information and Communications Technology in the Education sector in India 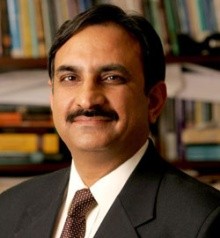